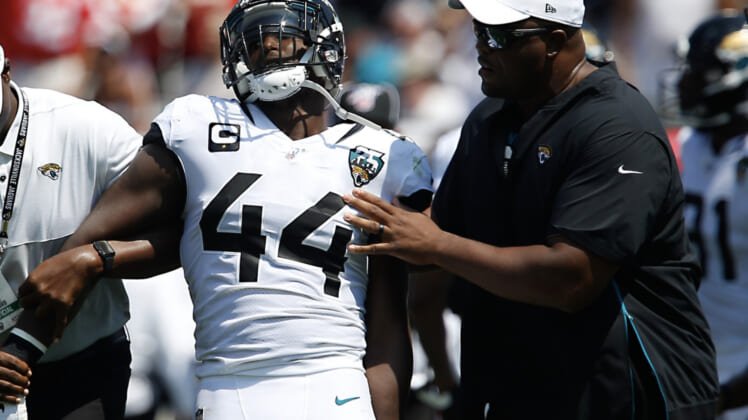 Thursday night’s game between AFC South rivals in that of the Jacksonville Jaguars and Tennessee Titans has been an ugly, penalty-filled affair.

Unfortunately, the second half of the game was also defined by Jaguars star linebacker Myles Jack being knocked out could after taking a hit to the head. It was a scary few moments for the Jags and their young linebacker.

Jack was eventually taken to the sideline to be tested for a concussion.

Signed to a four-year, $57 million extension this past summer, Jack has acted as a catalyst for Jacksonville’s defense since being selected in the second round of the 2016 NFL Draft.

The hope here is that this is not a long-term injury.