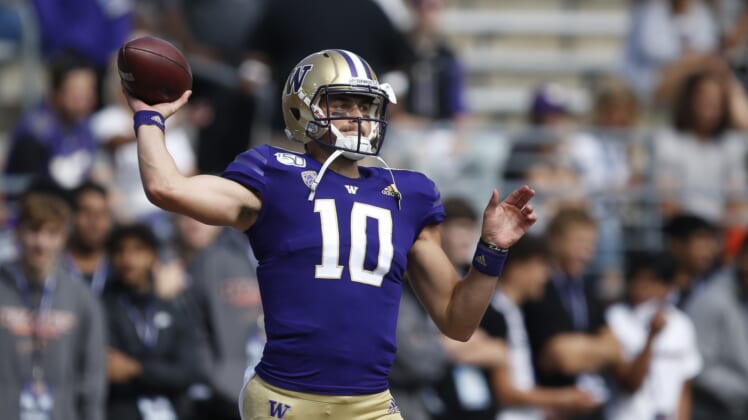 The Washington Huskies made Jacob Eason their starting quarterback with the hope he could deliver big plays in the passing game and take this team over the top. He showed that ability early on Saturday with his first touchdown in Washington.

Eason stood back in the pocket on first down and saw wide receiver Andre Baccellia break open down the field. A simple flick of Eason’s wrist turned into a bomb deep down the field and into Baccellia’s hands for the touchdown.

The former five-star quarterback is demonstrating the talent that first led him to the Georgia Bulldogs and made him an impact freshman immediately. Now a change of scenery is allowing him to start once again for a top program and he’s making the best of it.

If Eason can help bring the big plays to Washington’s passing game and limit the turnovers, the Huskies can go on a run this season and contend for a conference championship.