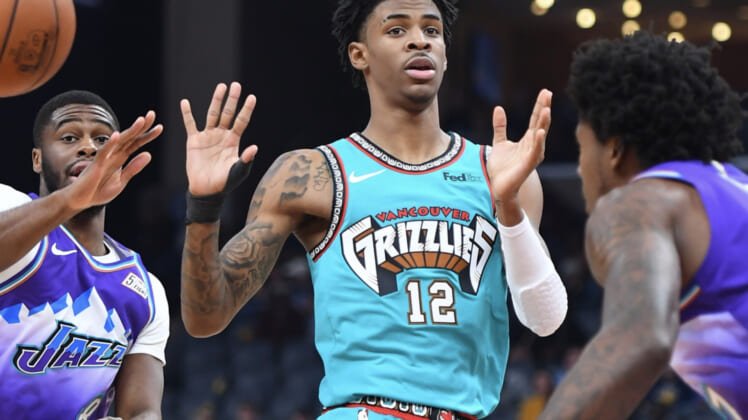 We saw that first-hand against the equally surprising Suns in Phoenix Wednesday night. Specifically, Suns center Aron Baynes was put on an absolute poster by Morant late in the game.

With Memphis up by four and less than a minute left, Morant drove the lane. Baynes thought he had the guard contained. That’s when Morant went full Michael Jordan.

The elevation. The rim-rocking slam. Fans in the desert in absolute awe. Baynes not knowing what hit him.

Those back in New Zealand watching this game should be ashamed of their fellow countryman. Dude just had his dignity taken from him on the court in Phoenix.

As for Morant, he’s just an absurdly talented young basketball player. We saw Wednesday night that he’s going to be heard from a lot throughout his career.