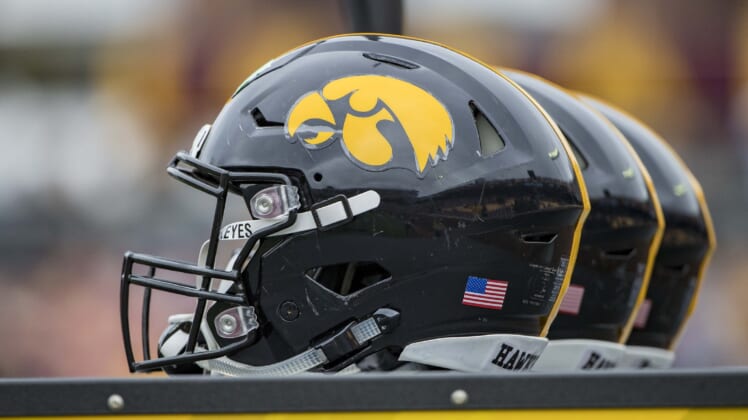 Mississippi State had just scored a touchdown in the third quarter and was kicking off. Iowa return man Ihmir Smith-Marsette took off from inside the five-yard line and appeared to have a decent return on his hands.

Smith-Marsette got absolutely catapulted as he tried to hurdle over a defender. He did a full flip while flying through the air.

Not surprisingly, he lost the ball and the Bulldogs recovered. One play later, they had the lead when Nick Fitzgerald ran it in from 33 yards out.