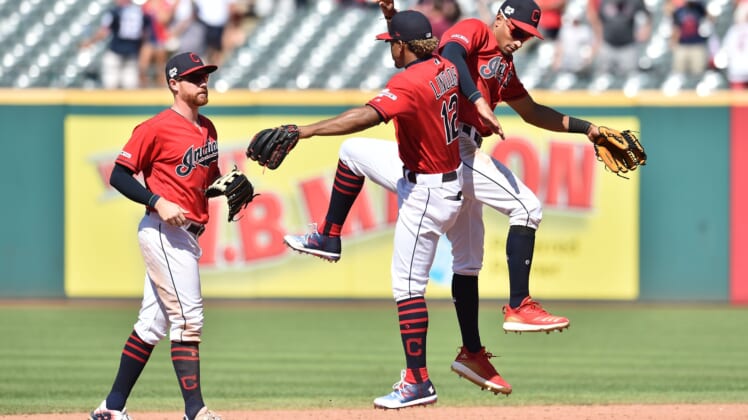 The Cleveland Indians were on the verge of a clean sweep of the Texas Rangers during their doubleheader Wednesday.

Indians outfielder Oscar Mercado, who came into the game as a defensive replacement, made sure that happened.

With two outs in the ninth and up 5-1, Mercado made an absolutely brilliant diving catch on a line drive by Danny Santana to secure the sweep.

You are rarely going to see a better play than this in the outfield. Full extension. The dive. The catch.

There’s nothing better than seeing a game end on a web gem like this. In fact, it could very well be one of the best catches we’ve seen thus far this season.