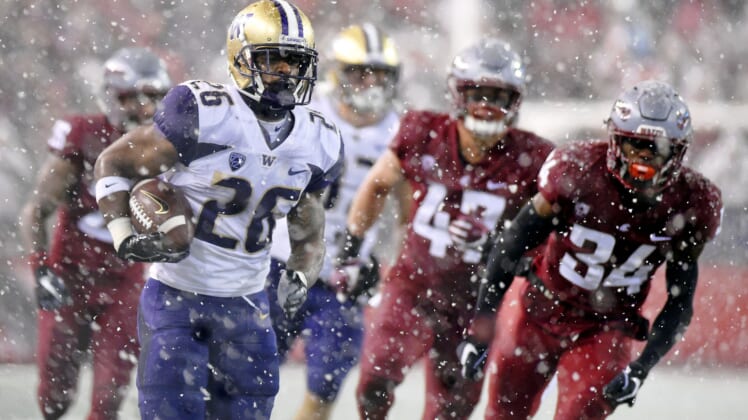 Playing in a burgeoning blizzard in Pullman against Washington State, the Washington Huskies are pulling out all the stops to stay ahead of their rival.

Following a fantastic play by Jake Browning that saw him escape pressure and deliver a strike that resulted in a huge passing play, the Huskies got tricky. A lateral from Browning to Aaron Fuller was followed by a pass from Fuller to Hunter Bryant.

The Cougars never saw it coming, and Washington scored easily to go up 20-7.

However, on the impending extra-point attempt, the Cougars blocked it, and it was returned for a two-point conversion the other way.

So, instead of Washington taking a 21-7 lead, it went up 20-9, and this wild, crazy game feels like it has plenty more in store for fans watching.