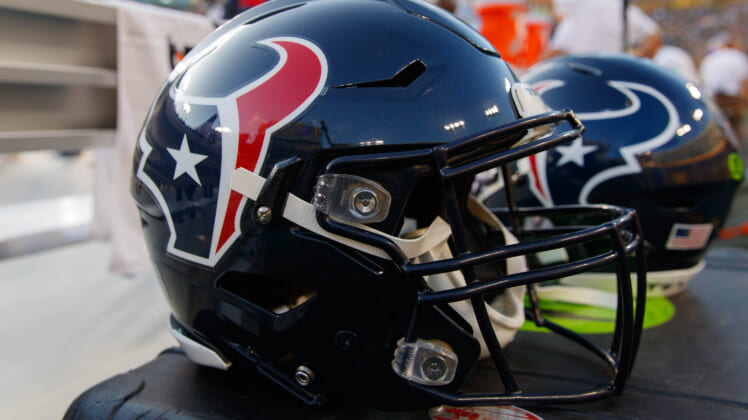 The downtrodden Houston Texans were actually doing a lot of things right during Sunday’s home game against the favored New England Patriots.

That’s until Houston opted to go galaxy brain on us. Up 22-9 in the third quarter, the Texans had to punt on fourth and two.

We’re not sure what the pre-snap motioning was all about from David Culley’s squad. But the end result was the worst punt of all-time from Cameron Johnson. We’re not kidding. You have to see it to believe it.

That’s a zero yard punt. Really. It’s a thing that actually happened in the NFL.

As you can see, Johnson’s kick went off the helmet of an offensive lineman attempting to block. It ended up sideways and went out of bounds.