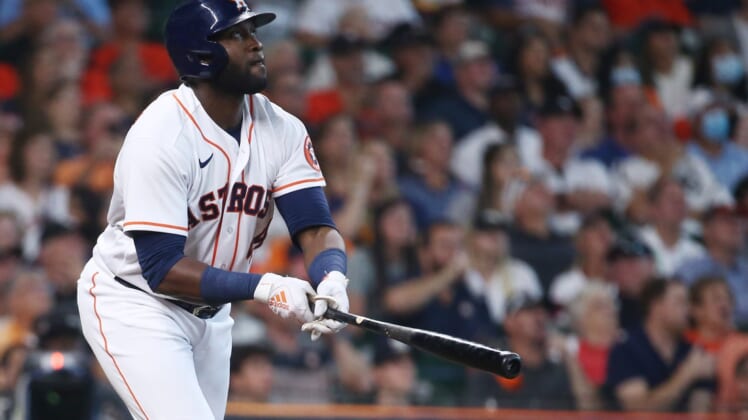 Yordan Alvarez homered, drove in two runs and scored twice for the Astros, who moved within two wins in the best-of-five of a fifth consecutive trip to the AL Championship Series.

Supported by an offense that put up runs in four straight innings, McCullers (1-0) took his one-hitter and a 6-0 lead into the top of the seventh before yielding three hits in a four-batter stretch.

He was relieved with two on and two out by Phil Maton, who retired Gavin Sheets on a ground ball to end the threat.

Kendall Graveman and Ryan Pressly mopped up for the Astros, the AL West champs who finished the regular season with 95 wins, two more than the AL Central-winning White Sox.

Making his eighth career postseason start, McCullers allowed four hits in his 6 2/3 innings. He struck out four and did not walk a batter.

Meyers, making his postseason debut, got the Astros on the board in the second with a two-out, RBI single that plated Alvarez. Meyers singled again and scored on Michael Brantley’s two-run single in the fourth.

In between, Alvarez highlighted a two-run third with an RBI double. He later added a solo home run, the second of his postseason career, to make it 6-0 in the fifth.

White Sox starter Lance Lynn (0-1) couldn’t finish the fourth. He was charged with five runs on six hits in 3 2/3 innings, with two walks and four strikeouts.

Brantley and Carlos Correa joined Meyers and Alvarez with two hits each for the Astros, who out-hit the White Sox 10-7.

Jose Abreu, who had been questionable for the game while battling flu-like symptoms, went 2-for-4 as the Chicago designated hitter, driving in his team’s lone run with a two-out single in the eighth.

Luis Robert also had two singles for the White Sox, who did not have an extra-base hit in the game.