WATCH: Hornets rookie Miles Bridges has no respect for the rim 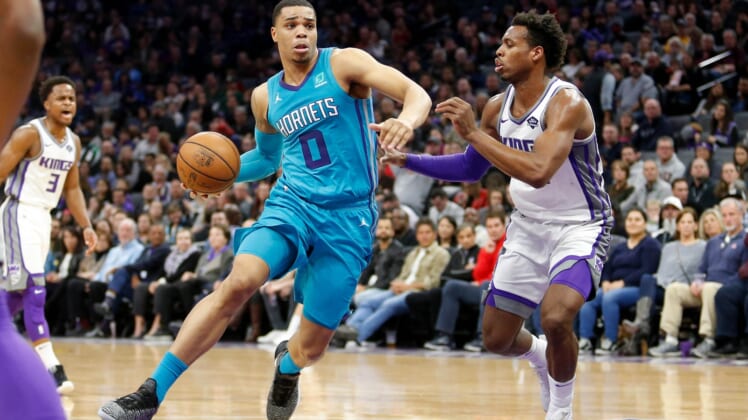 Former Michigan State star Miles Bridges has had somewhat of a ho-hum start to his rookie season, averaging just 6.5 points and under 20 minutes per game.

We wouldn’t know that by what we saw from Bridges against the Sacramento Kings early in Thursday’s game.

With his team down 19-13 towards the end of the first quarter, Bridges took out some frustration on the rim inside the Spectrum Center in Charlotte.

We’re surprised he didn’t take down the rim or break the backboard with this massive dunk. This slam was probably heard as far away as Cameron Indoor in Durham.

Bridges, 20, was the 12th overall pick in the 2018 NBA Draft. That was primarily due to his otherworldly athleticism. We just didn’t know he could be so violent on the court. Whew.