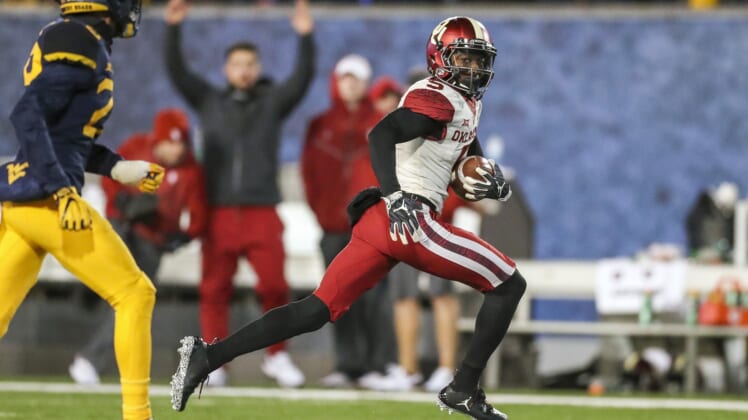 In a game with lots of offense and very little defense, Oklahoma Sooners wide receiver Marquise “Hollywood” Brown delivered the best play of the night with a stunning 45-yard catch-and-run touchdown.

Just a play after he hauled in a 30-yard reception, Brown broke free over the middle and then did the rest of the work. The electrifying wide receiver shook off a defender then avoided a tackle right along the sideline before he cut back and ran in for the touchdown.

Marquise Brown is having himself a night.
10 catches for 232 yards and 2TDs. pic.twitter.com/ypD127EgSe

“Hollywood” is dominating West Virginia’s defense through three quarters with 10 receptions for 232 receiving yards and two touchdowns. He would have had a third touchdown if he wasn’t dragged down at the one-yard line just shy of a 66-yard score.

Friday’s game quickly turned into a shootout with numbers through three quarters that some teams are thankful to reach in two games. There is still a quarter left for Brown to potentially even reach 300 yards.