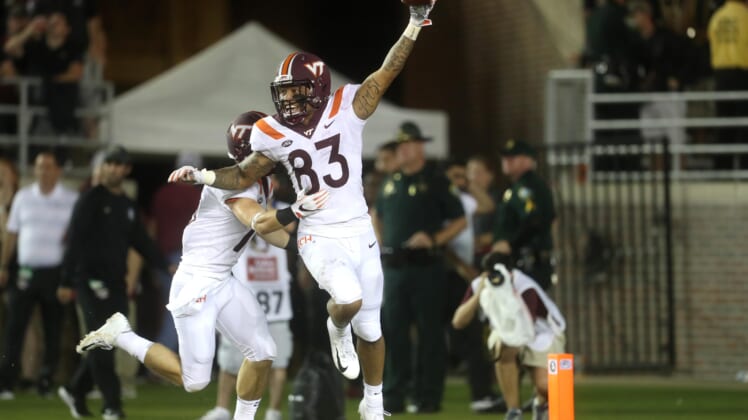 The Virginia Tech Hokies opened the Military Bowl on fire, marching down the field against Cincinnati’s vaunted offense and scoring a touchdown to open the game.

Hokies receiver Eric Kumah capped the drive off in style with a phenomenal contested reception as a defender was draped all over his body. He somehow managed to haul in the pass, maintain possession, keep driving toward the end zone and stayed inside the pylon for the spectacular score.

The Bearcats featured one of the nation’s top defenses during the regular season. So it was a bit surprising to see Virginia Tech dominate on the game’s first drive. We’ll see if this trend holds up over the course of the 60-minute game. If it does, then the six-win Hokies have an excellent chance of pulling off the upset.