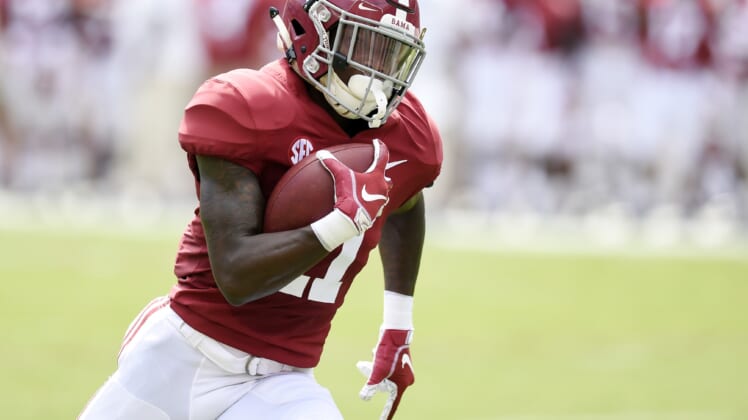 Ruggs faced single coverage against Southern Miss’ secondary and let his speed turn the defensive backs into specs of dust. The junior receiver easily broke open down the field and Tagovailoia dropped it into his hands before he took it to the house for the second time in two drives.

There’s simply no stopping a player of Ruggs’ speed. Even when defenses commit extra attention deep, he can make quick cuts on a slant to get open and then outrun anyone in his proximity.

Ruggs is an NFL-ready receiver dominating at the collegiate level and when you have a great quarterback throwing the football, things are made even easier.