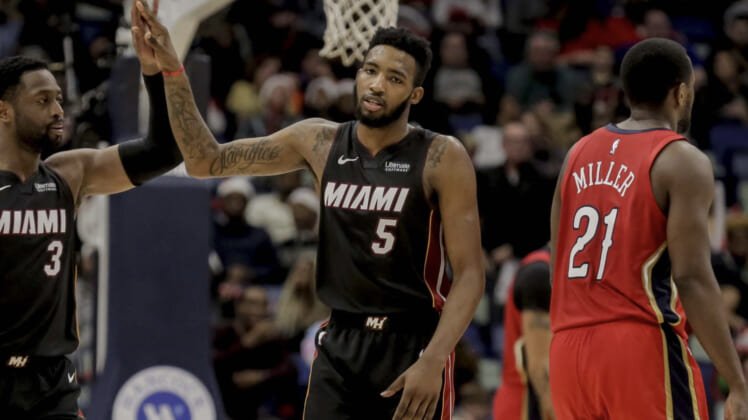 The Toronto Raptors were casually going about their day against Derrick Jones Jr. and the Miami Heat on Wednesday. No one really expected Miami to keep this game competitive, especially with star guard Goran Dragic sidelined to injury.

At least early on, it was Jones and his Heat coming up with fire in South Beach. Up 27-20 towards the end of the first quarter, Jones took flight in semi-transition.

Pretty much rim-running in said transition, Jones caught this past from Kelly Olynyk and put down the most thunderous jam of the NBA season.

We’re not too sure what the rim did to Jones, but it should have apologized before the fact. Talk about nasty.

A third-year player out of UNLV, Jones just recently joined Miami’s regular rotation. He entered Wednesday’s action averaging north of nine points over the past eight games. He now has one highlight-reel dunk to go with that.