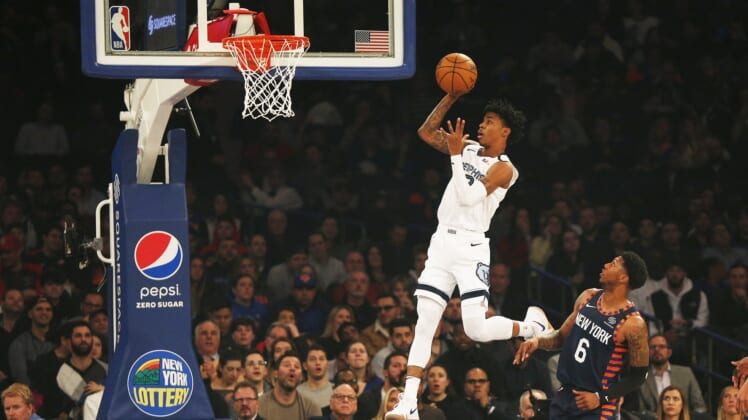 Not a night goes by with the Memphis Grizzlies playing that we don’t see rookie No. 2 overall pick Ja Morant make a highlight-reel play.

The New York Knicks found that out first hand Wednesday night. New York thought it had Morant bottled up in the lane.

That’s when the Rookie of the Year favorite decided to pull off the assist of the NBA season. It was of the 360 variety and included Morant hitting Marko Gudurić for a wide open three.

There’s honestly no explanation for this. Morant is out here defying gravity and hundreds of years of science in one fell swoop.

The dude has been simply sensational as a rookie, and he’s only going to get better.