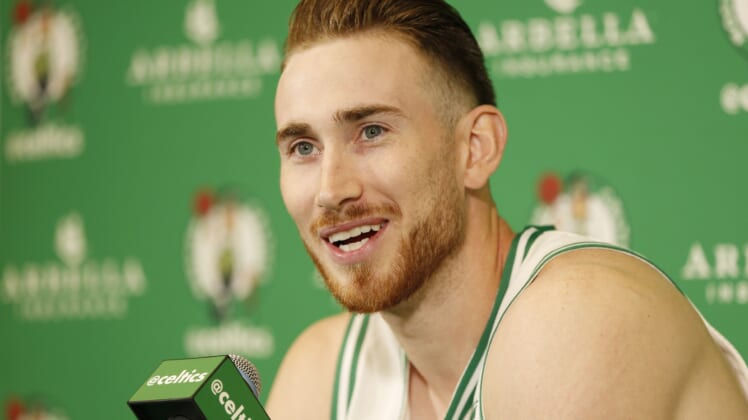 The Boston Celtics are eagerly awaiting the return of Gordon Hayward, and the All-Star forward is beginning to look healthy and explosive.

In a video shared by skills trainer Jason Smeathers, Hayward drives to the rim and throws down a contested dunk.

Yeah this looks like the @gordonhayward we remember #comingsoon ??️ pic.twitter.com/gogYGBZTzp

Hayward joined Boston last July but only played five minutes in the 2017-18 opener against the Cleveland Cavaliers before an ankle injury ruined his year. Basically, it’ll be like the Celtics acquired him this offseason.

Although the recovery has been a long, arduous process, it’s apparent Hayward is nearing full strength. That’s awesome news for Boston, which should be considered the favorite in the Eastern Conference after LeBron James’ departure from Cleveland.

Jaylen Brown, who played a key role in Hayward’s absence, has already vowed the Celtics will indeed win the East.

And if Hayward returns this season at a level anywhere near his pre-injury form, it’s easy to see that happening, too.