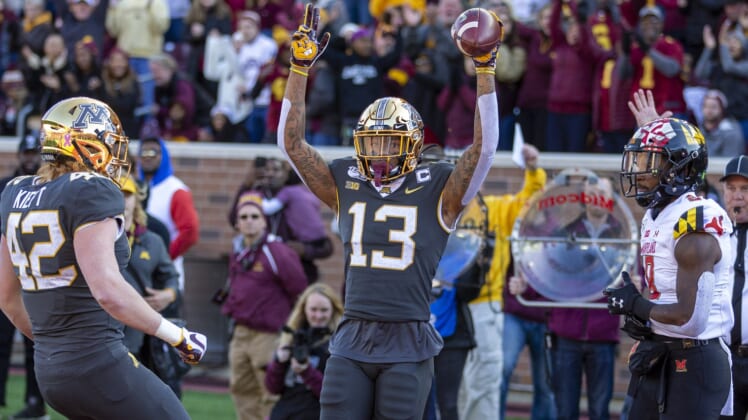 Minnesota’s drive started on its five-yard line after safety Antoine Winfield Jr. made a leaping interception for the early turnover. After moving the ball down the field with a few quick plays, sophomore Tanner Morgan took the deep shot to Bateman and the pair connected for the 66-yard score.

Penn State had an opportunity to stop the game-opening touchdown, but the safety took a terrible angle on the tackle and whiffed on Bateman. At that point, the Nittany Lions could only watch Bateman go the distance.

The 66-yard score is the longest play allowed by Penn State’s defense this season. Minnesota came into this game as an underdog despite its undefeated record. Things might change if the Golden Gophers can keep delivering big plays like this.