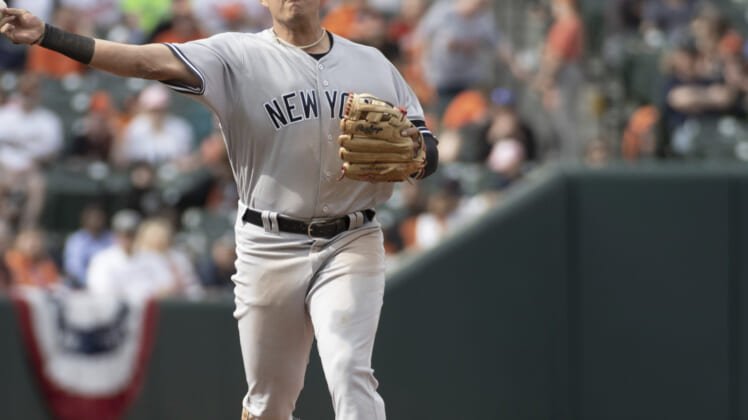 New York Yankees third baseman Gio Urshela made a play on Tuesday night that will rival just about anything we’ve ever seen from the hot corner.

Urshela slipped upon fielding a grounder from Boston Red Sox star Mookie Betts. But as he was on his way to the ground, he turned his upper body and fired a strike across the diamond to nail Betts at first.

Just reaching the first baseman is impressive enough. But we also must remember that Betts is a fast runner. Still, Urschela’s throw beat Betts to the bag and really, it wasn’t that close.

That’s some incredible arm strength. Good luck to any hitters trying to beat out an infield single with him at third.