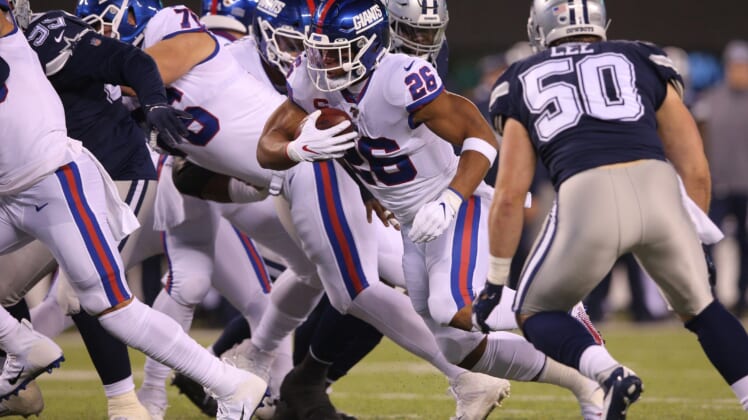 But as we have seen throughout his tremendous young career, Barkley’s game-breaking ability showed up big time when his team needed it the most.

Down 23-15 in the fourth quarter, Barkley caught a screen from Daniel Jones and turned it up field for 65 yards.

It really is something to behold. Barkley can change the game on a dime. He’s done this on a consistent basis.

The reigning NFL Offensive Rookie of the Year displayed a combination of the speed and vision that made him a generational prospect heading into the 2018 NFL Draft.

Unfortunately for the Giants, they were only able to get a field goal out of it to pull the game within five.