WATCH: Giants’ Kevin Pillar with catch of the MLB season 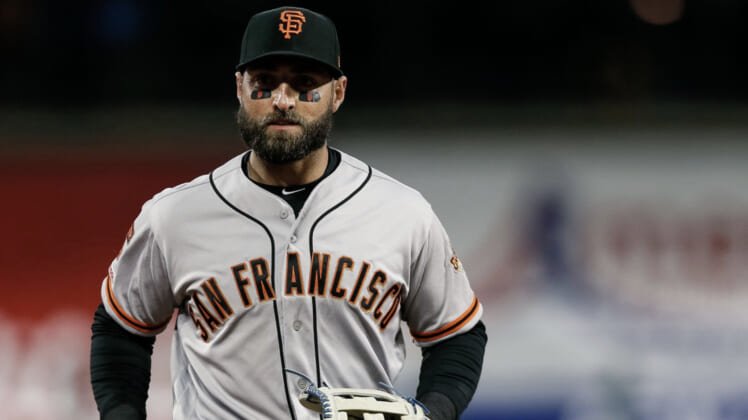 San Francisco Giants outfielder Kevin Pillar has arguably been the team’s best player since they acquired him from the Toronto Blue Jays in a trade earlier this season.

He’s hitting pretty well at a pitcher-friendly park in San Francisco. Pillar has also flashed his glove big time for the Giants.

The Arizona Diamondbacks and first baseman Kevin Cron found this out the hard way early in Saturday’s game. Just check out this diving catch from Pillar that saved at least one run.

Not only did Pillar go all out making the catch, he showed off his arm for a double play to end the inning.

That might very well be the play of the MLB season thus far. You simply don’t see this on a daily basis.

Pillar is certainly making an argument for one of the NL’s Gold Gloves from the outfield position. Let’s hope he’s at least recognized.