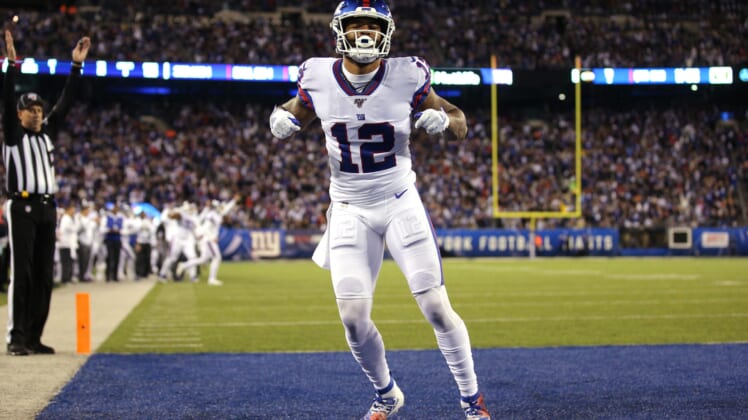 The New York Giants were having some fun against the Dallas Cowboys early in their “Monday Night Football” matchup.

It started with Antoine Bethea picking off Cowboys quarterback Dak Prescott early in the game.

With it tied at three in the second quarter, Daniel Jones hit Cody Latimer on a one-yard touchdown to give the Giants the lead.

While the touchdown was pretty awesome, it’s Latimer’s celebration that raised eyebrows in Jersey.

This is absolutely brilliant. Latimer went full Fresh Prince. Much like Dante Pettis last week, he absolutely aced this dance.

Check out Mr. Will Smith in comparison.

We’re so glad the NFL went away from being the “no fun league.” These dances are almost worth the cost of admission.