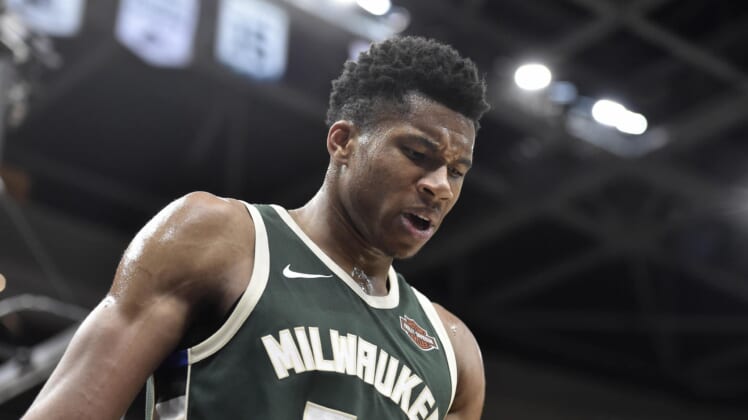 Milwaukee Bucks star forward Giannis Antetokounmpo is right up there with James Harden of the Houston Rockets and Oklahoma City Thunder forward Paul George as the top NBA MVP candidates this season.

He’s shown time after time exactly why his candidacy should be taken seriously. Thursday night’s game against the Indiana Pacers was no different. Just check out this two-play sequence from the Greek Freak as he blocks a shot on one end of the court and rim runs for a nasty dunk on the other end.

You really have to #FearTheDeer when Giannis is going full gazelle. What a two-play sequence from the Freak (h/t @NBA). pic.twitter.com/XtXBayptCr

This type of elite play-making ability just can’t be taught. That’s a four-point swing within the matter of five seconds.

Not only did Giannis block the shot from behind, he was like a gazelle running up and down the court for the flush.