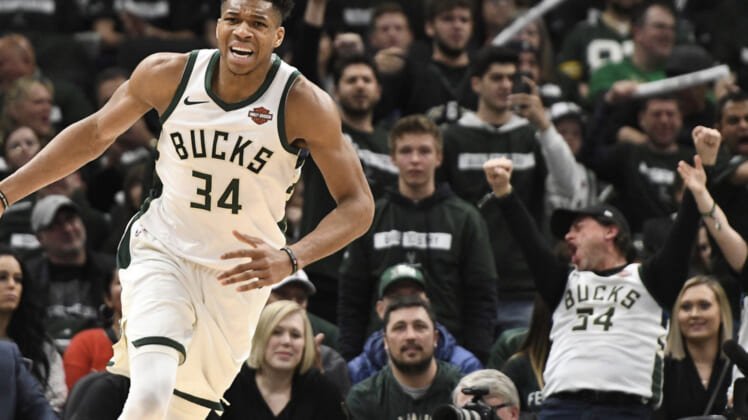 Thon Maker and his Detroit Pistons are not having a fun time at it in his old stomping grounds of Milwaukee.

The Buks handed it to their lesser counterparts in a big way during Game 2 of their Eastern Conference Quarterfinals series in Milwaukee on Wednesday.

With the game completely out of reach in the second half, MVP candidate Giannis Antetokounmpo decided to have some fun at the expense of Maker.

That might very well be the most emphatic rejection we’ve seen thus far in the playoffs.

Antetokounmpo finished his evening having dropped 26 points and 12 rebounds in the 120-99 Bucks victory.

Through the first two games of this lopsided series, Milwaukee has outscored Detroit by a combined 56 points. Yeah, that’s complete and utter domination.