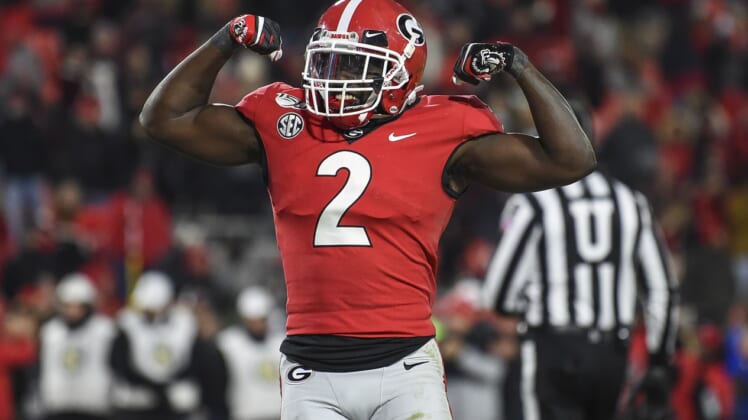 Georgia Bulldogs defensive back Richard LeCounte showed off his ball skills with a sweet one-handed interception of Baylor’s Charlie Brewer during the Sugar Bowl.

Brewer had his pass tipped, and after it was batted around LeCounte made a nice play to haul it in with one hand to give the Bulldogs the ball.

This game has been a defensive struggle early, with both offenses having issues moving the ball. However, Baylor had been in great shape after pass interference set the Bears up deep in Georgia territory. Then, the turnover here flipped the momentum back to Georgia as both teams remained scoreless midway through the first quarter.