WATCH: George Springer carted off the field after hitting his head 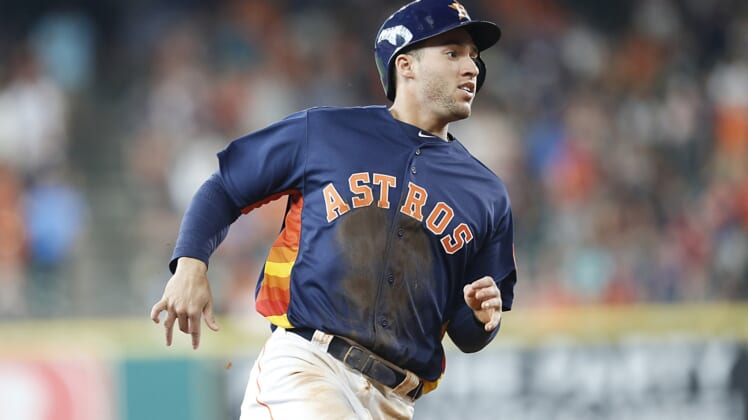 Houston Astros star outfielder George Springer remains one of the best overall players in baseball. He has Houston as legit World Series contenders heading down the stretch.

We just hope that Springer will be able to enjoy this success on the baseball field over the next few weeks.

The All-Star exited Tuesday night’s game against the Milwaukee Brewers in the bottom of the fifth after hitting his head on the wall in the midst of making one heck of a catch.

Springer was down on the field for a while before eventually making his way to the dugout in a cart. He was replaced by Kyle Tucker as Houston’s lead-off man and center fielder in the top of the sixth.

As with any injury of this ilk, we have to worry about a concussion. It’s obviously too early to speculate. We’ll hear something following the game.