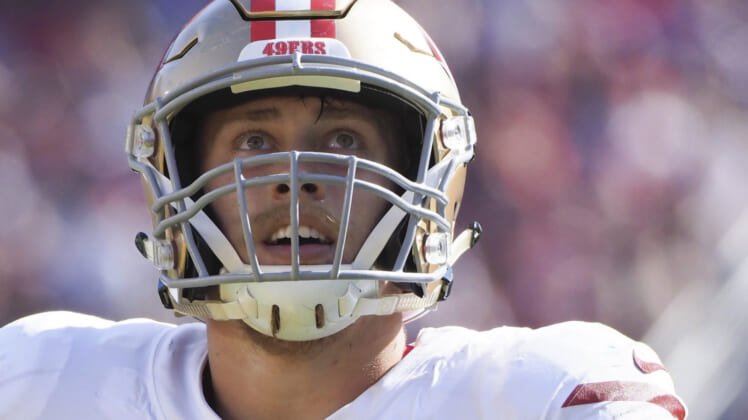 San Francisco 49ers tight end George Kittle has taken over as the most fearsome player at his position since Rob Gronkowski retired.

That included the Pro Bowler putting up an insane 30-yard catch and run for a touchdown to tie the game late in the first quarter.

You simply don’t see a tight end make plays like this. Kittle combines physicality with athleticism to make him an elite receiving threat.

He’s also one of the primary reasons San Francisco headed into Thursday night’s action with an undefeated 7-0 record.