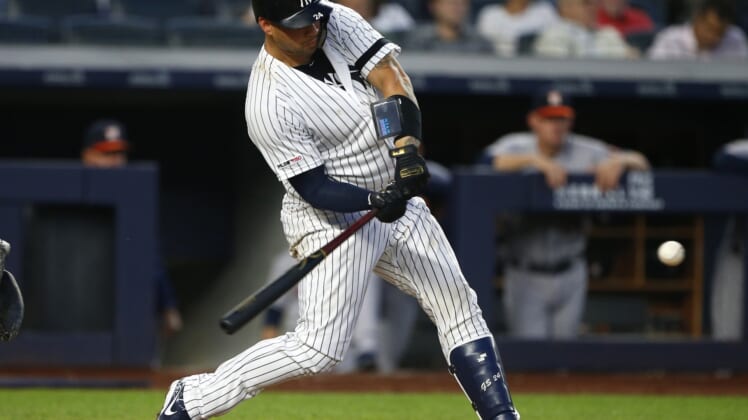 While the New York Yankees are dealing with multiple injury issues, they got one core piece back Saturday against the Toronto Blue Jays.

Catcher Gary Sanchez returned to action after having missed the past two-plus weeks with a groin injury.

Like clockwork, Sanchez hit a 426-foot homer off Blue Jays reliever
Jacob Waguespack. It was an absolute shot with an exit velocity of 111 mph.

This represented Sanchez’s 25th homer of the season. He’s now the fourth catcher in Yankees history to reach that plateau.

The catcher’s return to action comes at a time when both Edwin Encarnacion and Aaron Hicks are sidelined to injury. It also comes with former NL MVP Giancarlo Stanton making strides in his return to action.