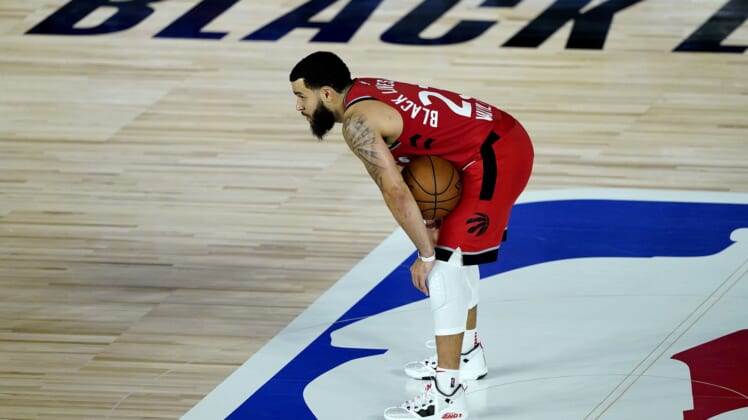 Coming off a 36-point performance in a narrow win over the Miami Heat earlier this week, star Toronto Raptors guard Fred VanVleet was up to his old tricks against the Orlando Magic on Wednesday.

Check out the rising star as he puts Magic guard Markelle Fultz on skates before driving to the rim for two.

That’s some absolutely filthy stuff right there. We really can’t blame Fultz for not being able to keep with the 6-foot-1 Most Improved Player candidate. VanVleet started the game hitting on 3-of-4 shots while being plus-16 in his first 12 minutes of action.

It appears that the four-plus month hiatus has not impacted VanVleet after he balled out during the pre-suspended portion of the schedule. The impending free agent entered Wednesday’s game averaging 17.9 points and 6.6 assists on 40% shooting from distance this season. Not too shabby for a dude that entered the NBA as an undrafted free agent back in 2016.

If VanVleet continues to play like this, Toronto could very well repeat as champions.