WATCH: Fred VanVleet burns multiple Pelicans for the And 1 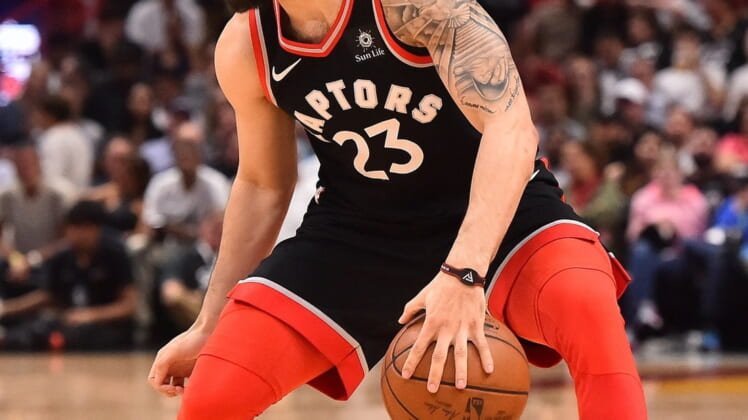 The vertically challenged VanVleet was more than up for the task early in his team’s regular-season opener against the New Orleans Pelicans Tuesday evening.

Watch here as VenVleet burns multiple Pelicans defenders with the hesitation followed by the And-1.

That’s what VanVleet brings to the table on a near-night basis. He can hit from distance.

VanVleet put up eight points, two rebounds and two assists on a perfect 3-for-3 shooting in the first quarter alone.