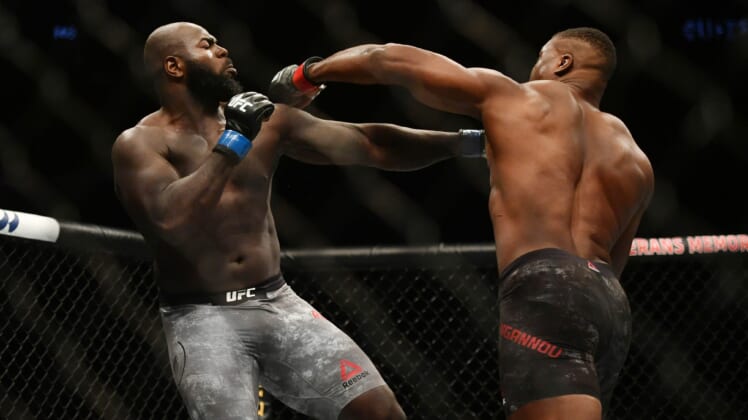 Opponents have not had a chance going up against heavyweight title contender Francis Ngannou in recent matches.

Ngannou had knocked out his opponent within the first minute of Round 1 in each of his past three bouts.

Unfortunately for Jairzinho Rozenstruik, he was the latest to fall victim to Ngannou during UFC 249 Saturday night in Jacksonville.

Dude knocked Rozenstruik out 20 seconds into the first round with vicious blow after vicious blow. It was violent. It was stunning. Our jaws have yet to be picked up from the floor.

That’s just some scary stuff right there. “The Predator” now moves to 15-3 following this violent knockout.

As noted in the pay-per-view broadcast, Ngannou should now battle for the heavyweight title in his next fight. Heck, Daniel Cormier noted after the fight that he would prefer not to take on the Cameroon native.

Do you blame him?