WATCH: Francesco Molinari melts down during final round of Masters 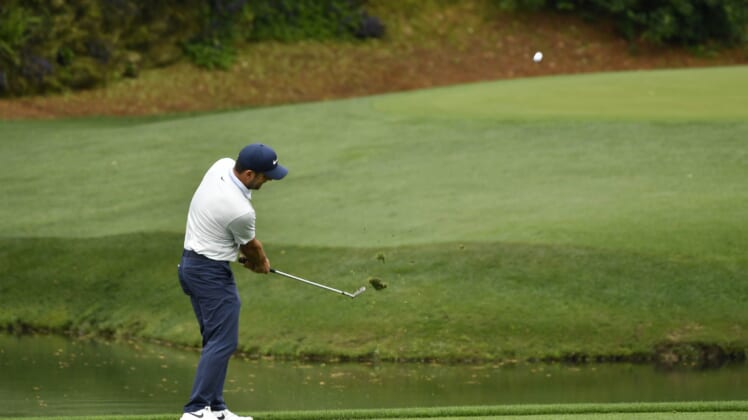 Locked into a five-way tie atop the leaderboard late in Sunday’s final round at the Masters, Francesco Molinari — the third-round leader — made a catastrophic error.

Looking at a wedge into the par-5 15th hole, he hit his third shot into a pine cone and watched in horror as his ball went into the water in front of the green.

It was the second time on Sunday that Molinari found the drink, too. After hitting it into the water on the 12th, he made a double-bogey earlier in the round.

Molinari went on to double-bogey the 15th hole.

Compounding this error, his final-round playing partner Tiger Woods, who entered the hole tied for the lead as well, hit a perfect second shot into the green and came away with a birdie after two putts.

That’s a three-shot swing late on Sunday in a major championship — likely spelling doom for Molinari.