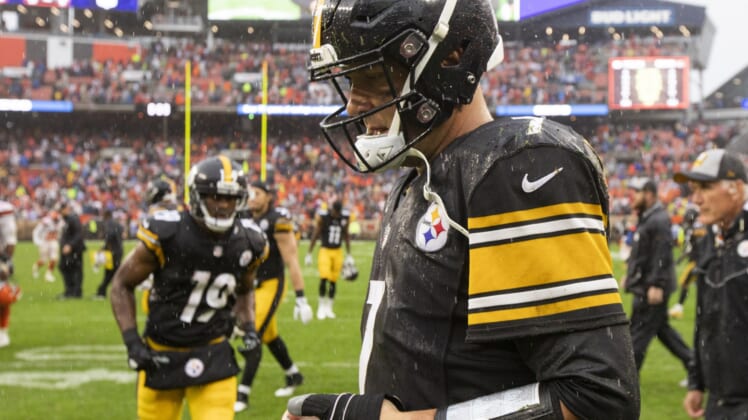 There’s certainly a lot of blame to go around when looking at the dysfunction currently taking hold with the Pittsburgh Steelers.

Unless you’ve been hiding under a rock over the past couple weeks, you know said dysfunction surrounds future Hall of Famers Ben Roethlisberger and Antonio Brown.

The two got into it late in the season — leading to Brown being benched for Week 17. Since then, the star receiver has made it clear he wants to be dealt. For the Steelers part, it seems they are going to trade him this offseason.

In talking about the drama, current Denver Broncos wide receiver and former Pittsburgh Steelers teammate Emmanuel Sanders seems to blame both guys for what we’re seeing.

Here, Sanders criticizes Brown for going AWOL ahead of an important Week 17 matchup against the Cincinnati Bengals. It’s well worth watching from someone who starred for Pittsburgh from 2010-13.

We asked former teammate @ESanders_10 what his opinion is on the @steelers and @AB84 situation ?

See what he and the crew have to say about what’s going on in Pittsburgh ? pic.twitter.com/RbKSJbpTmQ

Not to be outdone, Sanders also put Big Ben on absolute blast — calling him a “bad leader” while saying the quarterback has been “disrespectful.”

As someone who was in the Steelers’ locker room with both men, Sanders is a voice of authority here.

As it pertains to Roethlisberger, there’s been multiple examples of him publicly calling out teammates. That includes both Brown and rookie receiver James Washington.

At this point, it seems unrealistic to believe the two can coexist moving forward. And with Brown likely to garner a ton of interest on the trade block, look for him to be moved in short order. Sanders’ comments only play into this narrative.