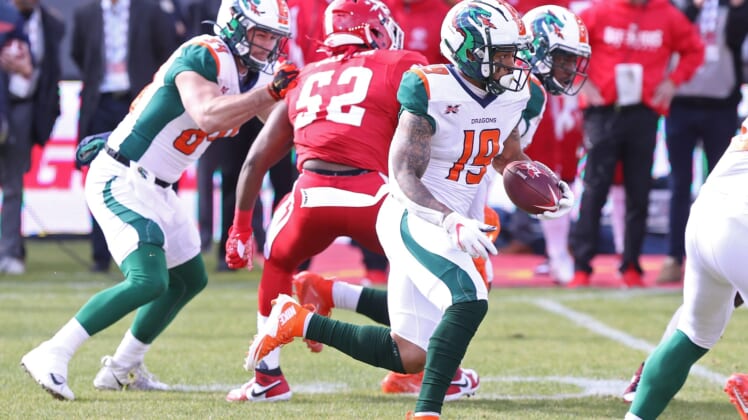 During his college days at Navy, Keenan Reynolds was an NCAA record-breaking quarterback. Now with the XFL Seattle Dragons, he’s catching touchdowns.

During Saturday’s game against the Tampa Bay Vipers, Reynolds broke loose in the middle of the field during the third quarter and made quarterback Brandon Silvers’ job easy.

The 68-yard touchdown reception came on the heels of a brutal pick-six thrown by Silvers that gave Tampa Bay a 9-0 lead.