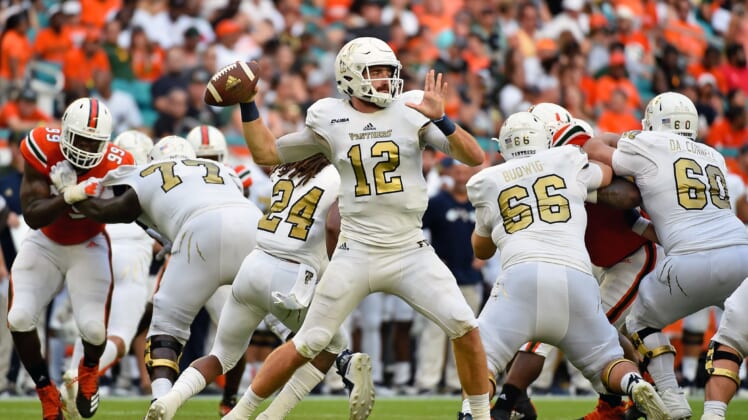 Florida International received the opening kickoff in the Bahamas Bowl, but the ensuing return did not go as planned for the Panthers.

Bryce Singleton intended to let the ball bounce through the end zone. However, it checked up, forcing him to field the kick. He then looked extremely indecisive, jogging around inside the 10-yard line before fumbling the ball.

In other words, uh, not ideal.

Two plays later, running back Bryant Koback scampered into the end zone to give Toledo a 7-0 lead just 23 seconds into the game.

Not only did FIU enter the Bahamas Bowl as a seven-point underdog, per OddsShark, the Conference USA squad is without starting quarterback James Morgan due to injury. Singleton’s blunder put the Panthers in an even rougher spot.

At least they’re in paradise, right?