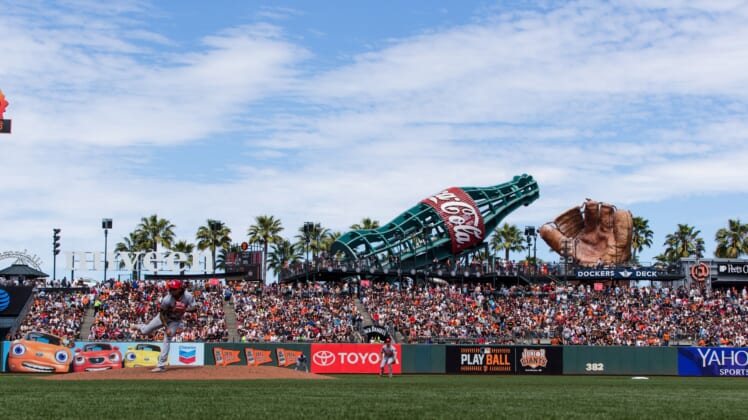 Ahead of Monday’s game between the Houston Astros and San Francisco Giants, employees at San Francisco’s AT&T Park had to deal with a rather unpleasant occurrence — a fire.

A concession stand down the third base line caught on fire in the hours before the game.

Fire burning from a concession area at AT&T Park where #SFGiants prepare to face Astros. pic.twitter.com/a3y14tQX7c

Concession stand at AT&T Park catches on fire before #SFGiants vs. Astros pic.twitter.com/wf9SUVLE4c

This is not the first time we’ve seen this at a stadium this season. In May, New York’s Citi Field also had a nasty fire break out, although the Mets were not at home on that day.

Fortunately, this fire was put out before the stadium doors were open for Monday’s game.

Concession stand fire at AT&T Park near section 121 on main concourse was out by the time fire department arrived, no expected delays tonight and no fans inside yet, per Jorge Costa, Giants senior VP of ballpark operations. No cause yet.