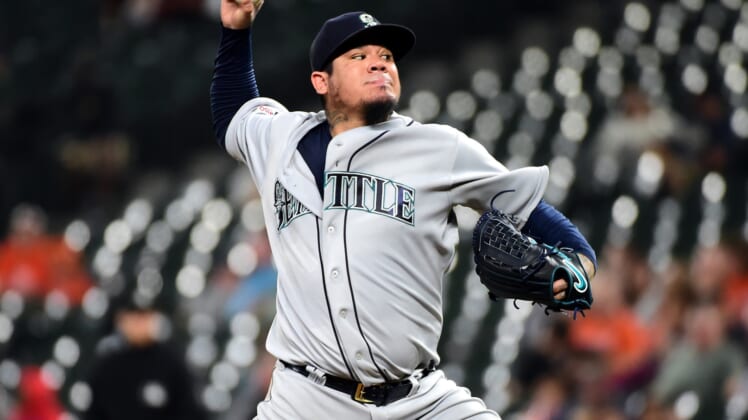 Nearly 15 years after he first took the mound in their uniform, Seattle Mariners pitcher Felix Hernandez walked off it for likely the last time as a Mariner to a moving ovation.

Hernandez took the mound at T-Mobile Park on Thursday night against the Oakland Athletics. He performed in front of the thousands of fans that watched him dominate for years while carrying. Seattle’s fans and players made sure to thank him for it before he walked off the mound and Hernandez couldn’t hold back the emotion.

While the 33-year-old pitcher started to see his production and abilities fall off towards the end of his tenure in Seattle, he delivered more than enough memorable seasons for the organization and fan base to remember.

Hernandez represented Seattle in the All-Star Game on five occasions, posted the best ERA in the AL twice, won the Cy Young award in 2010 and pitched a perfect game in 2012.

While Hernandez’s future in baseball remains uncertain, this was a special moment for everyone in attendance and an incredible way for Seattle to honor one of its greatest players ever.