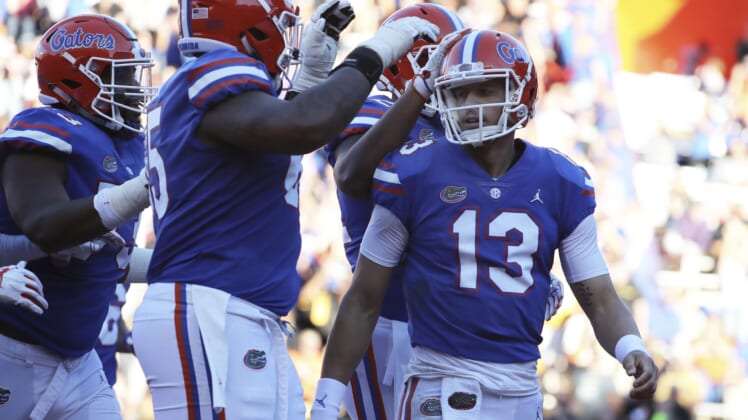 With under three minutes remaining in the first half Saturday in the Peach Bowl, Feleipe Franks put Florida up over Michigan with a stunning touchdown run.

The play was a designed quarterback run right up the gut. Michigan’s defense has been among the best in the nation at defending the run all year, but Franks got some excellent blocking up front and did the rest with his legs. He finished off the spectacular 20-yard touchdown run with a flying leap into the end zone.

And we gotta say, it was a heck of a lot better than the last “highlight” we saw from the Florida quarterback.