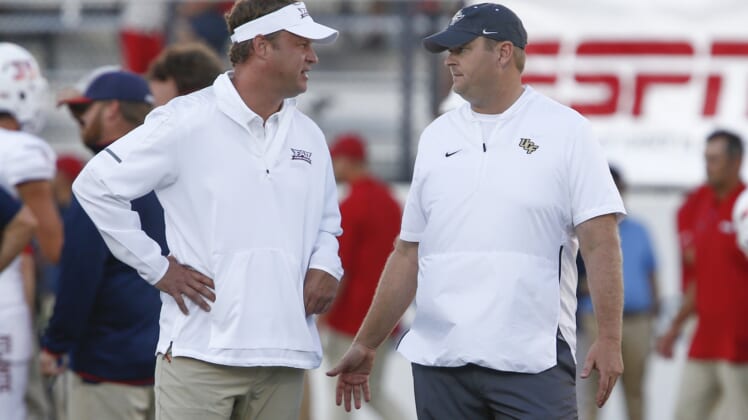 It’s been all UCF early in Friday night’s matchup against FAU. Down 14-0 late in the first quarter, Lane Kiffin made a gutsy call to hopefully force a change.

Facing fourth-and-four, Kiffin called for a fake punt that worked to perfection.

FAU fakes the punt to pick up a first down. https://t.co/5ejhXm9ChZ

After gaining the first down, the offense continued to march down the field and scored its first points when Devin Singletary ran it in from 11 yards out.

Devin Singletary gets FAU in the end zone. https://t.co/CjX7OQXDRa

Suddenly, a game that looked to be a blowout was a heck of a lot closer. And it all started with a gamble from Lane Kiffin.