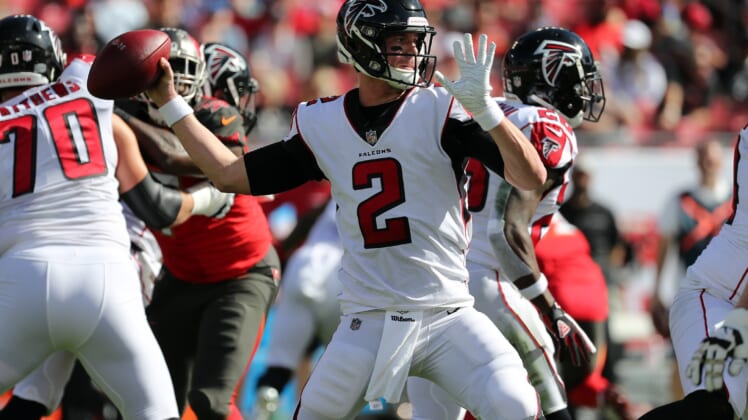 That’s not it. The Atlanta Falcons are not having a fun season opener against the Minnesota Vikings on Sunday.

Already down 21-0 late in the third quarter, Atlanta was driving inside Minnesota’s 10.

That’s when former NFL MVP Matt Ryan tossed what might have been the worst pass of his heralded career. Check out Mr. Ryan throw this interception in the end zone as his Falcons looked to narrow the score.

The Vikings might want to give Anthony Harris a lot of credit here. But let’s be real. Pretty much all of us could have intercepted that pass. It was downright atrocious.

Like clockwork, Minnesota would drive down the field 75 yards on its next series to take a 28-0 lead.