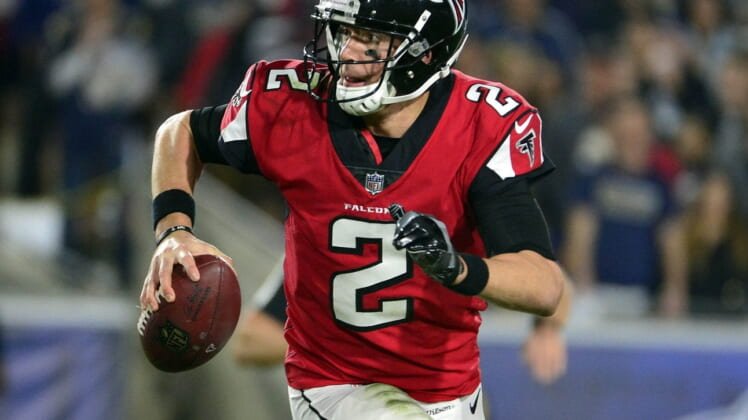 If the Atlanta Falcons thought things were going bad against the Los Angeles Rams on Sunday, they were pretty on spot.

Down 27-3 in the fourth quarter, Falcons quarterback Matt Ryan was sacked by two-time Defensive Player of the Year Aaron Donald.

After losing the ball, Ryan was seen limping off the field.

As you can tell, Ryan was in obvious pain as he made his way to the medical tent.

The good news here is that Ryan was seen sitting next to Julio Jones on the sideline after being tended to.

The bad news? Atlanta is going to fall to 1-6 on the season.