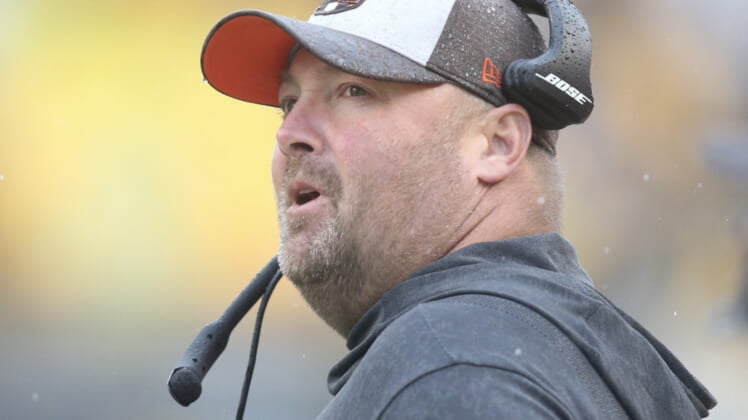 On Sunday, Cleveland Browns tight end Pharaoh Brown and defensive end Chad Thomas got into a brawl at camp, and the entire team paid for it.

After the two got into it, head coach Freddie Kitchens had the entire team running gassers right in the middle of practice.

During the disciplinary run, Thomas showed he was not at all happy with one fan for saying he needed to hustle.

Defensive end Myles Garrett was also not happy about the exercise, but he found some consolation on the sideline.

Kitchens isn’t messing around when it comes to teammates fighting. Hopefully, the players got the message.