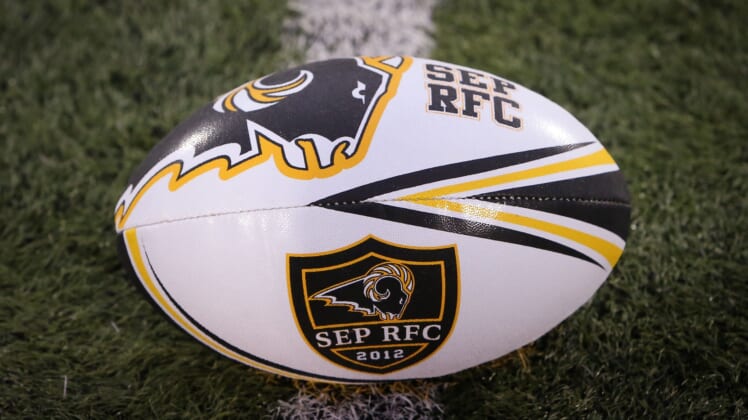 A detailed view of a rugby ball prior to the game between Southeast Polk and Fort Dodge at a high school rugby match Friday, March 29, 2019 at Spring Creek Sports Complex in Altoona, Iowa. High School Rugby

On Wednesday, the Leicester Tigers announced the signing of 22-year-old Harry Potter, and they heralded his arrival with a perfect tweet.

Already, I can hear the music…

Following that amazing bit of creativity, the English rugby club officially announced Harry Potter is being signed to the roster.

Coming back to the United Kingdom after spending the last 12 years in Australia, Potter is excited for this new opportunity.

“I was so inspired by what I heard in chats with the club and what is ahead for Leicester Tigers, it was too good an opportunity to pass on,” he said, per the club’s official site.

Fans were excited, too. Reacting to the news, many came up with some punny responses.

Fans on Twitter appreciated the fun announcement and gave props to the Tigers for their presentation.