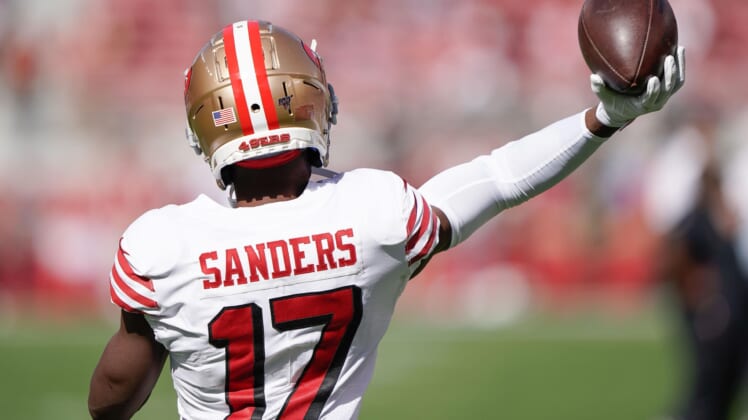 San Francisco 49ers wide receiver Emmanuel Sanders already burned the New Orleans Saints for a 75-yard touchdown. So, San Francisco found another way for him to torch the Saints’ secondary with a trick-play touchdown pass.

New Orleans bought hard on the reverse before Sanders grabbed the toss on the double reverse and rolled out to his right. Despite immediately facing pressure and throwing off his back foot, he unleashed a strike to running back Raheem Mostert for the touchdown.

It’s difficult to choose between which part of this sequence was better. The bold call and design by Kyle Shanahan are beautiful, while Sanders’ ability to make that from such a wild platform is almost insane. Either way, it will go down as one of the best plays from Week 14.