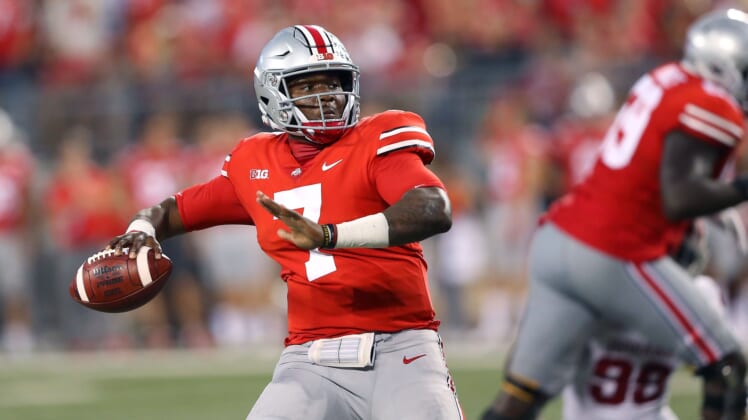 The only thing better than breaking a record held by one of the best quarterbacks ever is doing it against your biggest rival. Ohio State Buckeyes quarterback Dwayne Haskins did just that when he threw his 40th touchdown pass of the season against the Michigan Wolverines.

Haskins dominated Michigan’s defense throughout “The Game” and his fourth touchdown pass of the game meant everything. It was Haskins’ 40th passing touchdown of the season, which helped him surpass Drew Brees’ Big Ten record of 39 touchdowns at Purdue in 1998.

Haskins has enjoyed tremendous success this season in just his first season as Ohio State’s starting quarterback. The redshirt sophomore has emerged as a contender for the Heisman Trophy and this huge accomplishment only strengthens his resume.

On the next drive, Hasskisn threw his fifth touchdown of the game and is now just adding to his new Big 10 single-season passing record.

Breaking the record is a special moment for Haskins. It’s made even better because the Buckeyes are blowing out the No. 4-ranked Wolverines, thus ending Michigan’s playoff hopes in the process.