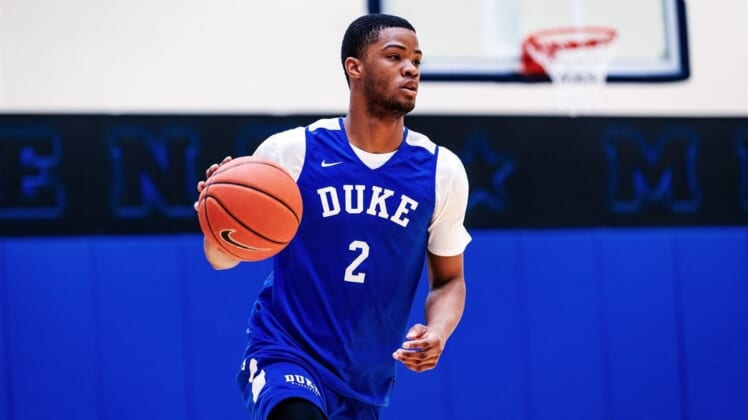 The Duke Blue Devils might not have Zion Williamson or R.J. Barrett this season. They do, however, have multiple diaper dandies to help carry the No. 4-ranked team.

Among those, Cassius Stanley stood out early and often against the third-ranked Kansas Jayhawks in Duke’s season opener Tuesday night.

Teenagers should not be able to display those types of hops. But it’s the era we exist in. Get used to it.

A four-star recruit, Stanley is going to play a huge role if the Blue Devils hope to contend for a national title with yet another young team.