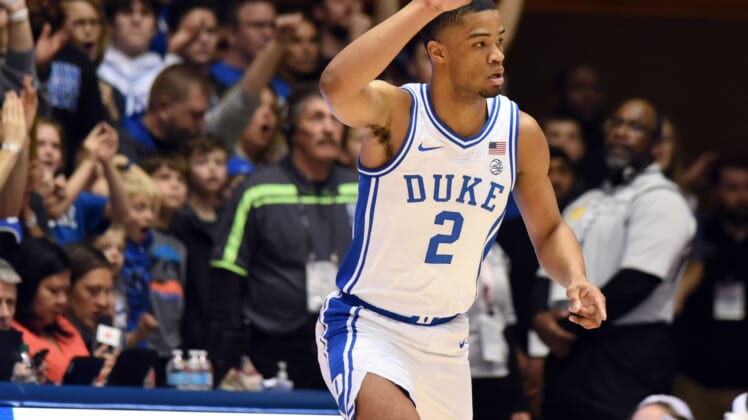 Duke Blue Devils freshman guard Cassius Stanley has thrown down some incredible, jaw-dropping dunks this season. Stanley seemed to defy gravity once again on Monday night with an alley-oop slam that had Cameron Indoor Stadium rocking.

Stanley, who broke Zion Williamson’s vertical jump record before the season, put his absurd leaping ability on display against North Carolina State. When the lane opened up in the second half, the freshman took flight to make a one-handed grab then threw it down for the rim-shaking slam.

It’s beyond words at this point to watch Stanley and see what he is capable of. While he’s not posting the most gaudy numbers this season, the former four-star recruit seems to turn every game into a dunk contest. Needless to say, the NBA is in his future and we wouldn’t be surprised to see him become a Slam Dunk champion in a few years.