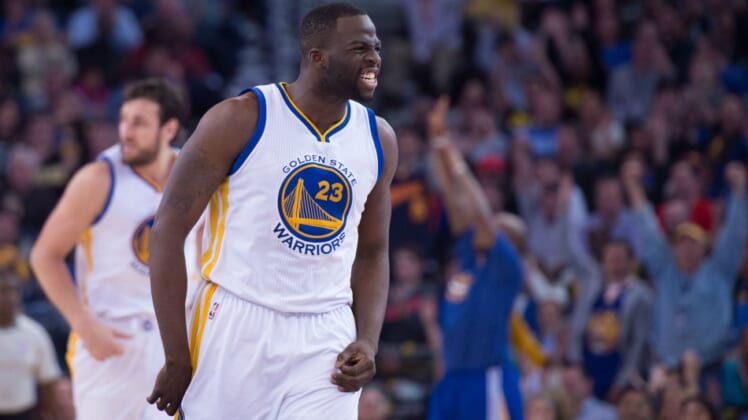 Right after the end of Game 3 Wednesday night, Draymond Green’s mom, Mary Babers, got into a heated argument with Cleveland Cavaliers fans.

The incident got to the point where Cleveland police who were there working security had to step in and break it up.

We’re not sure exactly what set it all off, but Cavaliers fans certainly aren’t fond of the Golden State Warriors forward. He was particularly fired up on Wednesday night during Golden State’s 118-113 win and struggled to keep his own emotions in check on the court.

Likely, Babers heard some pretty awful things being said about her son, causing her to react the way she did. Mama bears of the world understand what that’s all about. Likely, she actually did a fantastic job of showing restraint.

As it was, the Cavaliers fans were a lot more raucous than she was during the filmed portion of this incident.

Thankfully this didn’t blow up into something bigger. According to TMZ Sports, no arrests were made.