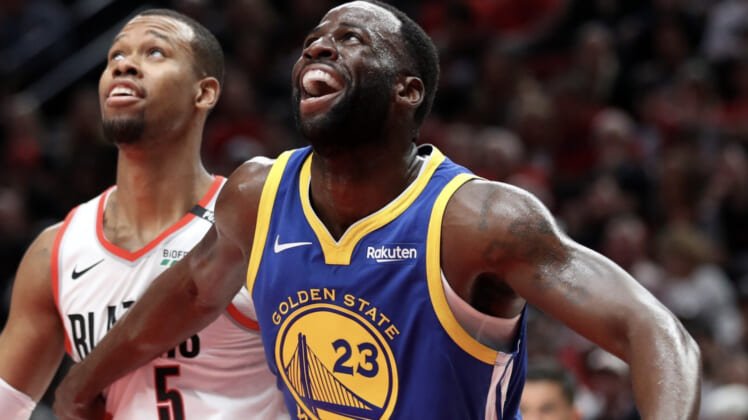 Golden State Warriors forward Draymond Green is known for having one of the NBA’s craziest personalities. So, in a season where everything has gone wrong for the Warriors, the All-Star forward showed he can still have some fun and troll an audience before the game.

As the Warriors were getting up shots before Wednesday’s game against the Houston Rockets, Green ran to jack up a shot and made direct contact with his teammate then flopped dramatically. Green immediately reacted, jokingly calling for the referee’s attention and seeking a foul call.

Flopping is nothing new in the NBA. It’s almost become standard on a nightly basis that draws routine criticism. Green found a way to have a little fun with that by bringing out the theatrics before the game with a flop and then faux pleading for a foul call.

It’s good to see that even in a disastrous season, Green is keeping his spirits up and having fun.