WATCH: Draymond Green, Drake get into it after Game 1 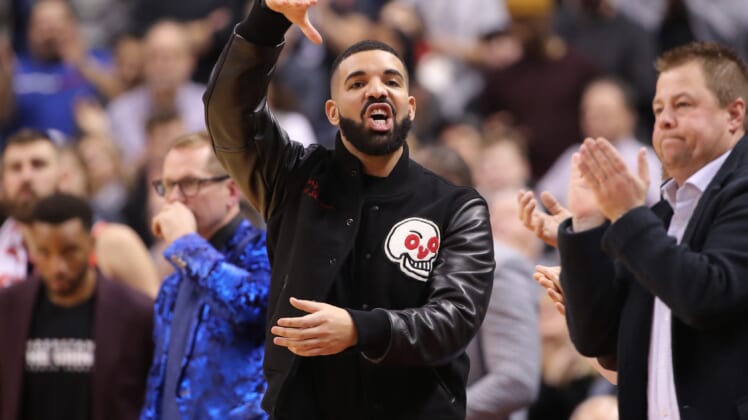 Drake was already in full-scale troll mode ahead of Game 1 of the NBA Finals Thursday night.

The hip-hop artist and Toronto Raptors fan also attempted to make an impact from the seats against the Golden State Warriors.

But it was what transpired after the Raptors’ Game 1 win in Toronto that has people buzzing. Drake got into it big time with Warriors forward Draymond Green, calling the three-time NBA champ “trash” in the process. Check it out.

Toronto might have come out on top, but calling someone who just dropped a triple-double in the NBA Finals “trash” seems a bit ridiculous.

On another note. If you had Game 1 as the over/under for Green and Drake getting into it, you’re the real winner here.