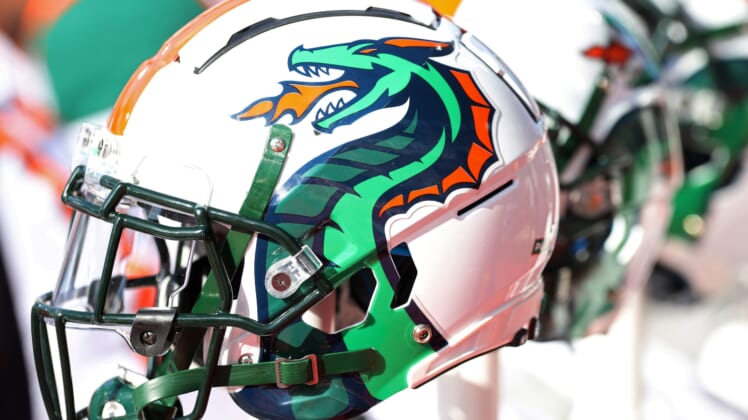 The Seattle Dragons came out of halftime desperately needing a spark and receiver Keenan Reynolds provided it with a huge score. Inspired by his teammate’s incredible play, Dragons defensive end Marcel Frazier gave Seattle’s fans something even wilder to celebrate with an incredible pick-six.

As the Tampa Bay Vipers offense was called for a delay of game, Frazier came across after the snap with the whistle blown and hit Vipers quarterback Quinton Flowers. Vipers’ offensive lineman Isaiah Williams came to the defense of his quarterback and got in Frazier’s face then headbutted him.

Williams’ unnecessary roughness pushed Tampa Bay’s offense to a third-and24 from its 11-yard line. On the next play, Frazier broke through the line and intercepted Flowers’ pass just inches away from his face then ran through the quarterback into the end zone.

It’s the ultimate flip of momentum in a game that Tampa Bay dominated for nearly three quarters. Reynolds’ touched provided Seattle with a spark and got the home crowd screaming for their Dragons. After the wild sequence, including the missed call on Frazier for his hit, the Vipers turned a three-point deficit into a 14-9 lead.

This is the kind of excitement and chaos the XFL was hoping for. Just when a team seemed out of it and the stadium was quiet, one play turned everything around and unleashed chaos moments later.