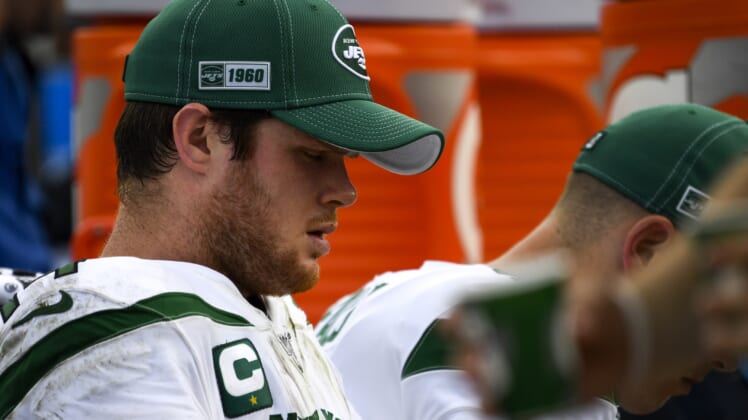 When the winless Miami Dolphins are trolling you, it might be time to try something new.

That’s what New York Jets quarterback Sam Darnold was facing on Sunday after he threw a horrible interception in the red zone to end a potential scoring drive.

The pick itself was really bad.

However, those in charge of the music at Hard Rock Stadium in South Beach went next level with the troll job. They decided to blare the theme song from the cult hit “Ghostbusters” following the interception.

This obviously stems from Darnold being heard on an open mic earlier this season indicating he was seeing ghosts during a brutal performance against the New England Patriots.

Jets head coach Adam Gase was none too happy with ESPN airing the comments. Since then, Darnold has been on the receiving end of countless troll jobs.

Though, we have to say this might be the best.